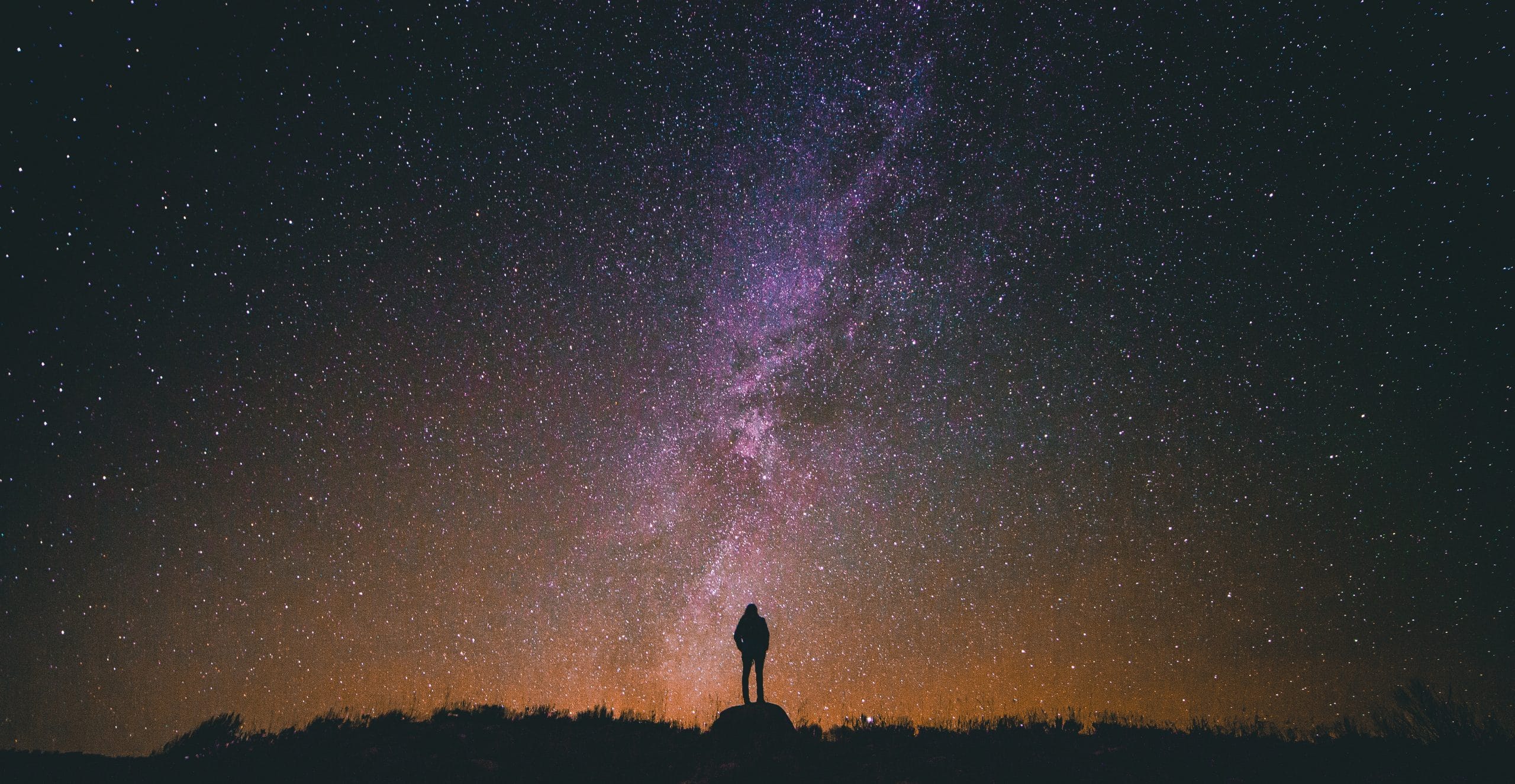 I sent this message out to my email list a few days ago, but I thought it was worth posting here as well. If you’re not on my email list and want to get future updates, click here.

It’s been a while, hasn’t it? A lot has been going on, and I wanted to bring you up to speed.

If you don’t have time to read this letter and just want a quick summary, scroll down to the bottom and look for where it says “TL;DR” (too long; didn’t read).

First things first: As you probably know, I am no longer with the Gay Christian Network as of this past summer. The official statement on the matter is here, and articles on the subject are here and here. I’m not allowed to say any more than that, but I do want to talk about what I’ve been up to since.

Let me start with the elephant in the room. GCN had been my world since I started it over 16 years ago, so, yes, this change took a heavy toll. Most days over the last 16 years, I’d thought about GCN from the moment I woke up until the moment I went to bed. “GCNJustin” was my screenname almost everywhere. Then, suddenly, that was all over, and that led to a bit of an identity crisis for me. Who was I without GCN? What use was I to God? Intellectually, I knew all the “right answers” to these questions, but emotionally, it was another story.

My first instinct after the separation was to dive right back into the work I’d been doing. I had been working on important projects for GCN that I knew wouldn’t be completed without me, and I didn’t want to see that work get lost. And, frankly, I like staying busy.

But I think I was in denial about how exhausted I really was. After 16 years of emotionally draining ministry work without a sabbatical, the impact of the summer’s events was just too much for me. I ultimately collapsed under the weight of stress I had been carrying for a very long time. I’m sure many of you know what that’s like—you feel like you’re juggling everything successfully, until suddenly, you’re not, and it all comes crashing down.

I had promised to write a letter to update you all on how I was and what I was planning, but I couldn’t seem to get it out in a way that would be helpful. I was too raw, and I didn’t want to say or do anything that might contribute to a schism in the movement or make people feel the need to “pick sides.” That doesn’t help anyone.

So I’ve been on an important, emotional journey over the last six months. It’s been painfully lonely at times; I wanted to talk through everything with friends, but nearly all my friends were connected to GCN in some way, and a confidentiality agreement prohibited me from discussing the situation with them. On top of that, I had recently moved away from the few non-GCN friends I had. Overnight, I’d gone from having a major platform to feeling all alone. Once in a while, when I felt up to it, I’d post something positive on social media, but the “I’m okay” image I wanted to portray was at odds with how I really felt. Every day, I thought, “Maybe this will be the day when I can write that letter.” Every day, it wasn’t.

But today, it is. It’s a new year, and it’s time to look ahead, not back. I won’t pretend that the separation doesn’t still affect me—just as I can’t pretend not to still be affected by my mom’s death, even years after her passing. But life goes on, even in difficult times, and we can’t afford to be sidetracked for long when there are still so many people in need. I may not be quite back at 100% yet, but I’m passionate about this work, and I’m determined to forge ahead. I hope you’ll join me on this new adventure.

I’ve started a new nonprofit. It’s called Nuance Ministries, and it’s built on the same foundational principles that have guided my work for the last twenty years.

My goal with Nuance is to fund many of the projects I’d originally hoped to complete at GCN—including vital work to change hearts and minds in the least affirming Christian spaces and make the global church safer for LGBT people. The name is a reference to my conviction that we need more grace and nuance in these conversations instead of simply drawing lines in the sand and lobbing grenades at each other. Especially as a Christian in today’s world, I believe nuance is critical to our future.

You can learn more at NuanceMinistries.com.

I ran an online 6-week Bible study for my friends at Sanctuary. My friends Rebecca and James Farlow run an organization called Sanctuary, dedicated to making churches more welcoming. They’ve been doing online Bible studies for different groups, and they asked me to oversee one for gay/bi/trans men. I had a blast doing it—the participants were all awesome—and it’s convinced me to put some serious thought into how to manage LGBT-friendly online Bible studies on a larger scale, for a broader audience. (Let me know if this is a project that interests you.)

I’ve written a new book. It’s called Talking Across the Divide: How to Communicate with People You Disagree With and Maybe Even Change the World. It’s due out in 2018 from Penguin Random House, and I’m really excited about it.

Here’s the cover. You’re among the first to see it!

In a future update, I’ll tell you more about this book, but in short, this is my response to our polarized culture inside and outside of the church—not only on LGBT issues, but on race, gender, politics, and more. It’s a practical book about the importance—and the limitations—of dialogue, and what it means to be people of grace in an us-vs.-them world.

It’s available to pre-order today through Amazon and Barnes & Noble.

I’ve started filming a new video series. It’s not online yet, but I’ll let you know when it is. In 2018, I want to get back to creating fun, hopefully useful resources. It’s something I’ve always enjoyed, and I’d like to do a lot more of it now that I have a bit more time on my hands.

Going forward, everything I create will be linked from my new personal website, so you’ll always know where to find it. Speaking of which…

I’ve launched my personal website. It’s called GeekyJustin.com, and I’ve decided to make it a mix of serious and fun stuff. On the serious side, it will be the best place to find my talks, podcasts, videos, and articles going forward. I’ve already transferred my blog there from Tumblr and uploaded my old “Great Debate” essay along with a link to my friend Ron’s opposing essay—and there’s a lot more to come that I think you’ll like.

On the fun side, I’ve decided to use this opportunity to post from time to time about things I personally enjoy, from board games to theme parks. We all need a chance to unwind, so I’m going to try to put some joy into the world in addition to the more challenging stuff.

We’ll see what the future holds. Will this work? Will I be able to make a living doing all this without the support of GCN? I don’t know. My future seems a lot less clear than it was a year ago. But I believe in this work. I’m passionate about doing everything I can to end the suffering of LGBT people and their families at the hands of the church. And I’m continuing to pray for guidance as I take each step. I’d deeply appreciate your prayers as well.

Thanks for being there and for all your support over the years.

Also, hey, I live in Orlando now, so if you happen to visit the area, let me know! I’d love to say hi.

P.S. If you’d like to support my work going forward, there are two ways to do so. You can donate to Nuance, which is tax-deductible, or you can become one of my Patreon patrons, which will give you access to personal stuff I create that I don’t make public. Either way makes a huge difference in what I can accomplish.

TL;DR: After my separation from GCN, I had to take some time out of the public spotlight to work through my emotions. In the meantime, I’ve started a new nonprofit called Nuance Ministries and a website called Geeky Justin, run an online Bible study, and written a new book called Talking Across the Divide. My plan in 2018 is to keep working on positive, nuanced content to bridge our divides while looking for a way to support myself long-term. Thanks for your friendship and support.