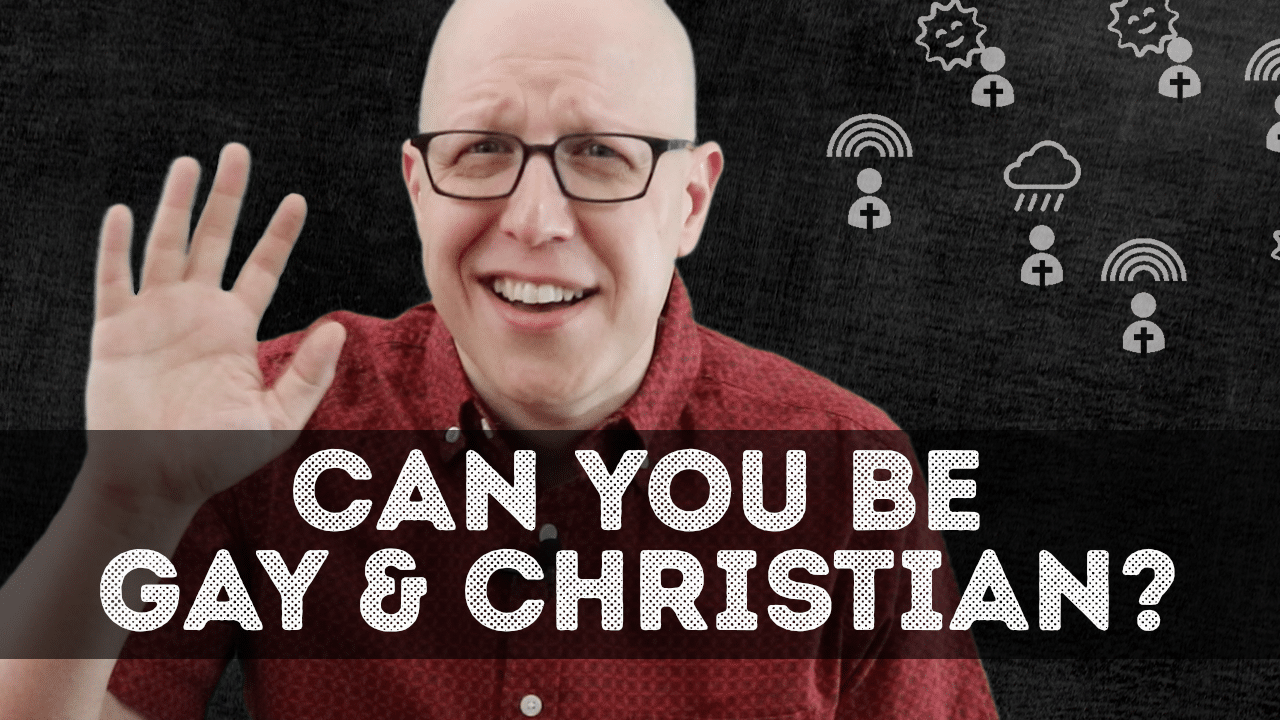 I’ve been talking about LGBT Christian issues for more than 20 years now, but people still ask me the most about being gay and Christian. So here are some of my most recent videos on the subject.

To see all my videos and be kept in the loop when new ones launch, you can subscribe to the GeekyJustin YouTube channel and sign up for my email updates.

The videos below deal specifically with being gay and Christian, but I have a lot more to say about LGBT issues in general on the LGBT section of my blog.

Can You Be Gay and Christian?

Here’s a simple answer to the question people ask me all the time.

One of the most oft-cited Scriptures to condemn gay people doesn’t mean what you might think it means. (Watch to the end for a surprise cameo by someone who, shockingly, agrees with me!)

The Bible and Homosexuality: A Nuanced Approach

My most comprehensive video ever on the Bible and homosexuality. If I can only make one argument for full affirmation, this is it.

Is This the Devil’s Oldest Trick?

People often tell me that my view on the Bible is “the Devil’s oldest trick—asking ‘Did God really say…?'” But they couldn’t be more wrong. Here’s why.

Parents: How to Respond When a Child Comes Out

I’ve heard from a lot of Christian parents looking for advice about responding to a child who has come out to them. Here’s what I tell them:

This newly remastered 2009 documentary I made features the compelling stories of young gay Christians. It’s a great video for conservative Christians who need a place to start the conversation.

Gay and Christian in the Netherlands

Here’s a video I made a few years ago when my book Torn first came out in Dutch. It was my first trip to the Netherlands, where I got to meet a group of LGBT Christians who were working to increase understanding in the church.

This is a silly parody musical I wrote and performed in over ten years ago called Straight to Heaven.

And here’s a full-length commentary track I recently recorded with the actors, as we reminisced on this show and how it all came to be.

Also, I sometimes make special content for my Patreon patrons, so check that out if you’d like a way to support me in this work! Thanks a million.