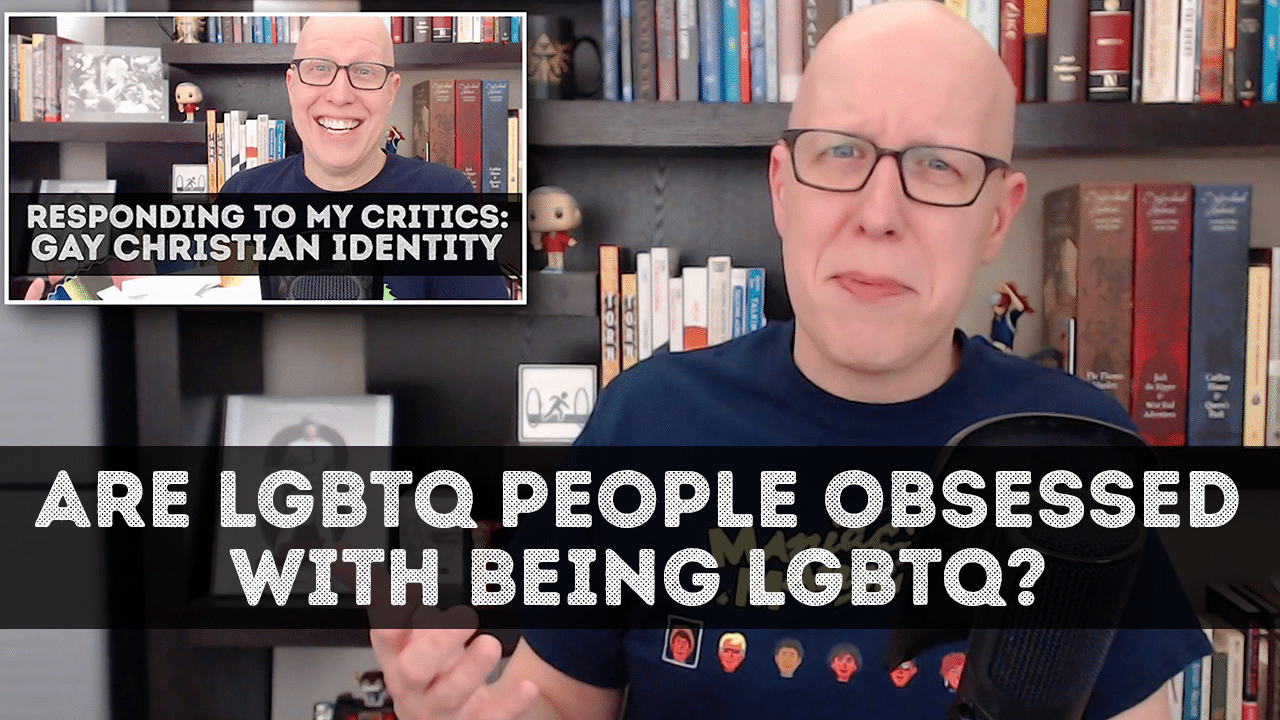 I first became known for my LGBTQ work in Christian spaces, but today I also do a lot of writing and public speaking that has to do with other subjects entirely—like handling political disagreements and building bridges in a polarized culture.

But if you’ve scrolled through some of my recent videos and posts, you’ve noticed that a bunch of them have to do with being a gay Christian. So why is that?

Part of the answer is, quite simply, that it’s a topic that generates far more of my mail than any other. I love talking about other subjects, but when I’m getting nonstop messages on one particular subject, that tells me that there’s still a pretty big need for content in that area.

Another piece of the answer is in the video below, where I respond to a critic who is apparently fine with the faith content but doesn’t like the gay piece.