I use the term “geek” as a fun, self-deprecating way to describe my nerdy enthusiasm for technology, pop culture, and various quirky interests. Going forward, this page will be your one-stop shop for all my geekiest content.

What’s the difference between a nerd and a geek?

In school, I won trophies in national math and computer science competitions. That makes me a nerd.

Today, I have an extensive collection of different versions of the board game Clue. That makes me a geek.

Nerds and geeks have a lot in common, though. We all know what it’s like to be different, to care about things others have no interest in, and to feel like the odd one out in social situations.

But when you think about it, doesn’t that describe most of us in one way or another? Maybe we’ve all got a bit of geek in us. 🤓 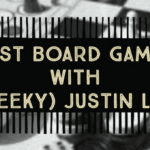 This was such a fun conversation! I was interviewed last week on the StoryMen podcast, where we talked about geekiness and our favorite board games, new and old. If you’re a geek, you’ll enjoy this one. Listen to it here. 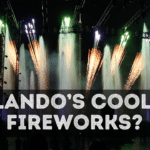 Here’s a bit of a break from my more serious videos—and a positive message that feels relevant right now. As you might know, I’m a bit of a theme park geek, and I live in Orlando, where there are a bunch of theme parks to geek out about…. 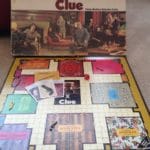 So I have a geeky board game collection…

More Geeky Stuff on the Way

For years, my presence on the web has been mostly about my work, especially in the areas of faith and sexuality. With this new website, I want to explore my geeky side more. As I do, you’ll find the links on this page. Here’s what’s coming…

Yes, I have a Clue collection that dates back to my childhood. But did you know there’s a modern board-game renaissance going on? I’m really into modern board and party games and I love having game nights and introducing people to games they’ll enjoy. Stay tuned, and maybe I can help you find some new games too!

Did I mention that I live in Orlando, Florida, home to some of the world’s coolest theme parks? I do, and I’m really into the behind-the-scenes of it all—planning trips, avoiding crowds, getting the biggest bang for your buck. I mean, as much as I geek out about this stuff, I might as well share some of what I’ve learned, right?

I was a computer geek back when only geeks used computers. Cutting-edge tech gets my geeky senses tingling, and the thought of controlling my whole apartment from my phone makes me positively giddy.

I love movies, and I love to analyze movies. I’ve written about what Get Out taught me about racism in America and how Frozen speaks to LGBT people, and there’s so much more I can’t wait to delve into.

Geekdom covers a wide range of subjects, and there’s lots of stuff I tend to geek out about, from hot tea to old-school video games. So stay tuned, because I’m ready to let my geek flag fly.

Make sure you’ve signed up if you want to be notified when new geeky stuff goes online!