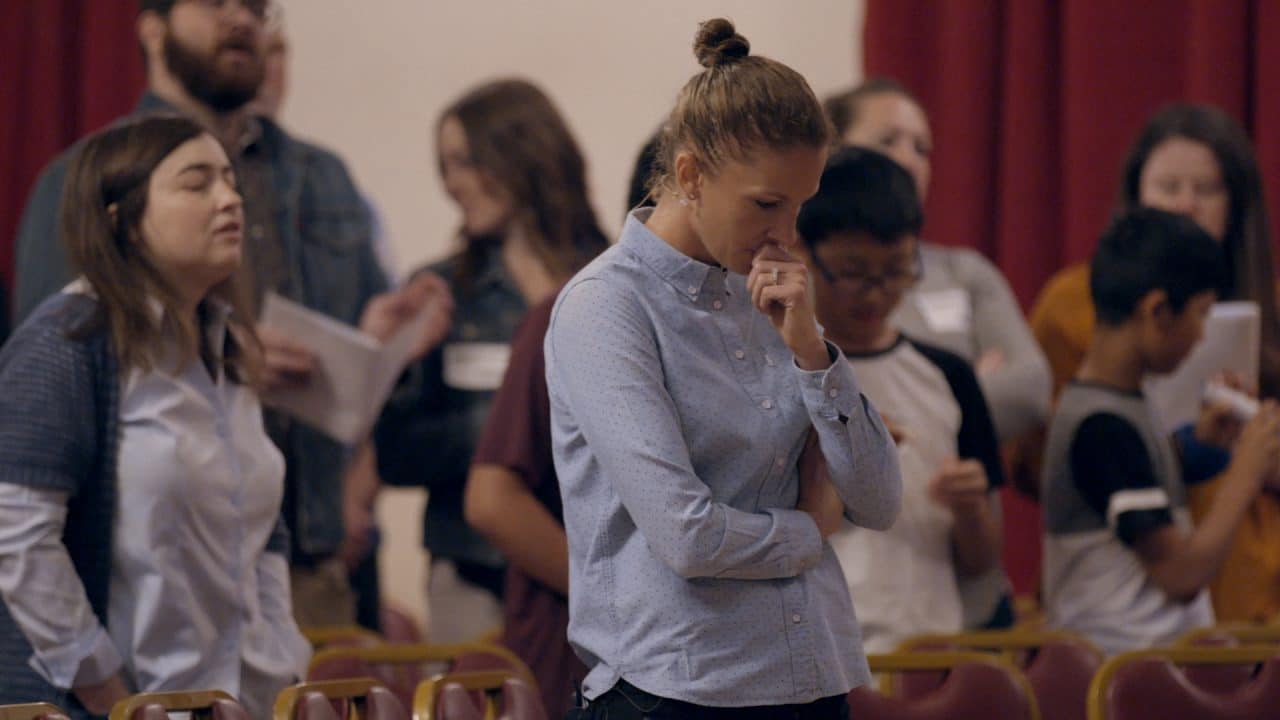 Netflix has a new documentary out today called Pray Away about the ex-gay movement. Since this is a subject I’ve written and spoken a lot about, I was invited to participate in an early screening. Here are a few of my thoughts for those of you considering watching it.

In short: I thought it was powerful, but also quite heavy. Some people will get a lot out of it, but it’s certainly not for everyone, so if you’re not sure whether it’s for you, read ahead for more.

I started to describe Pray Away as a brief history of the “ex-gay” movement, but that’s not really accurate. There’s a little bit of that in the film, but mostly, it’s about the experience of being a leader in that movement, as told by several former leaders and spokespeople—Michael Bussee, Julie Rodgers, John Paulk, Yvette Cantu Schneider, Randy Thomas, and (briefly) Alan Chambers.

If you’re very familiar with the ex-gay movement, you’ll recognize some or all of these names. They were some of the most famous leaders and supposed “ex-gay” success stories, and they all now admit that they never became straight, despite their previous testimonies.

The film is almost entirely made up of their stories, interspersed with a few clips of a new “ex-gay” (or, to be more accurate, “ex-trans”) leader. It ends on a rather unsatisfying note—these people led a movement that hurt them and others; now new people are trying to do the same thing all over again. Cue the sad music.

In a lot of ways, I think this is important viewing, because a lot of people today don’t know that this stuff happened or that it’s still happening. But it’s not happy feel-good viewing. Be forewarned.

As I said, the film is mostly made up of the stories of 5 or 6 former ex-gay leaders. There’s a pro and a con to this approach.

On the plus side, these are really important figures in the history of the movement, and hearing their stories from their own mouths shows that even the people who confidently gave ex-gay testimonies in years past weren’t being honest with themselves; they were telling us all what they wanted to be true, and what they believed they needed to say in order to fit in with other Christians.

On the minus side, though, I’m sure there are many ex-gay survivors who will wish some of these leaders weren’t continuing to get screen time. The film makes the point that the leaders and spokespeople were often victims of the movement themselves, and that is absolutely true. But other than a few clips of an infamous Lisa Ling show, we don’t really hear from any of the other people hurt by these ministries; the stories of hurt we get are all directly from these former leaders.

For someone like me, that’s fine. I’ve spent my entire adult life hearing the horror stories of ex-gay survivors, so I was intrigued (and moved) by hearing some things I didn’t already know about what was going on “behind the scenes” in the lives of some of the leaders. But for other people, that may be something they simply don’t want to watch.

Who’s this film for?

If you’re an ex-gay survivor, I don’t know whether to recommend this film to you or not. Some of you may find it cathartic. Others may find it triggering. You know yourself best.

If you don’t know much about the ex-gay movement, this may be an interesting watch for you—but be aware that it’s not light viewing by any means, and it can be slow in parts.

That said, I don’t think this is a film I’d use to try to change people’s minds about ex-gay programs. If your mom is trying to send you to conversion therapy, I’m not convinced this film would change her mind. If anything, the ending might give her specific names of organizations to contact to further pursue reorientation.

Instead, I think Pray Away is mostly for those of us who already agree ex-gay programs are bad. For instance, it has a lot of allusions to people being harmed by the ministries, but it doesn’t do a great job of explaining why they were harmed, unless you already view “not being true to your LGBTQ self” as something harmful.

The film does do a fairly good job of showing how miserable these 5 people were, though. Someone really committed to the ex-gay mindset might dismiss them as outliers, but for someone on the fence, that could help lead to conversations about why that kind of environment is so emotionally and spiritually unhealthy. And the way it ends—showing us that ex-gay ministries are still operating out there—is an important wake-up call for all the pro-LGBTQ folks out there who thought this sort of thing was a relic of the past. It’s not.

Despite all my caveats, I actually did like the film. I appreciated that we see a few positive depictions of Christianity in it, not just the negative ones—although the overall impression one gets of Christianity is still overwhelmingly negative, unfortunately. And it’s clear that the filmmakers really did their homework.

The story of the ex-gay movement is too broad for any one film, though, and there’s lots more to dig into here. (It’s certainly something I address often.) But if you’ve ever wondered whether these things ever did work or what happened to those leaders with the powerful testimonies you heard in church, give this film a spin.

Just have something cheerful to do afterwards, because this one’s kinda dark.