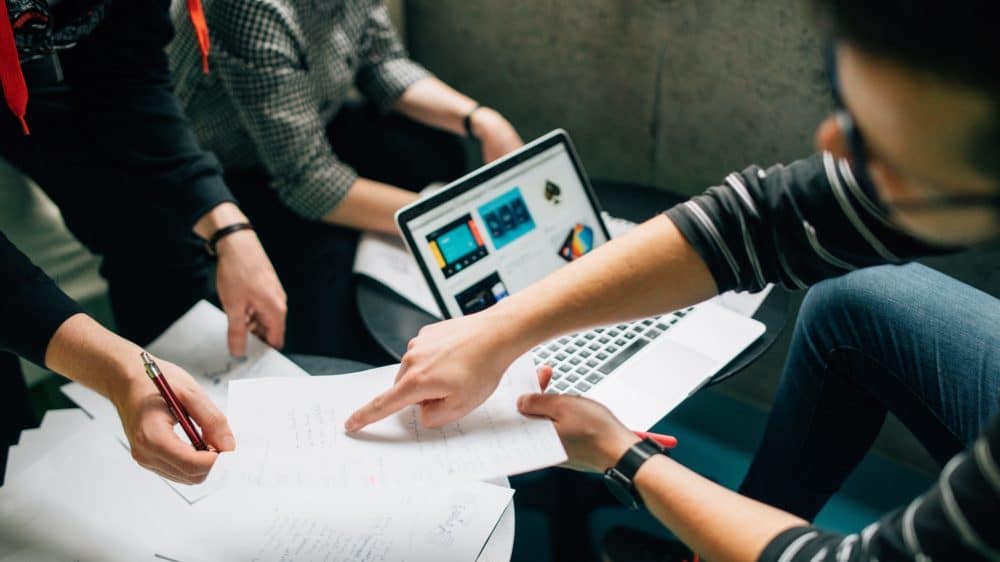 Ever wonder how James Patterson comes up with the catchy titles for his novels?

Well, guess what! …I have no idea. I’ve never met the guy. (Actually, considering how all of his books these days seem to be written with co-authors, I’m not even sure he’s a real person.)

But if you want to know where the title of my book came from, I’m happy to tell you. So sit back while I weave you a tale of intrigue and suspense. (One that doesn’t have James Patterson’s name on it.)

I do a lot of public speaking, and I like giving my talks titles that are funny, silly, provocative, or otherwise entertaining. Among the talks I’ve given are “From Mrs. Fletcher to Chumbawamba: A History of Fallenness,” “GLBT Christian Ministry: The Next Generation,” “The Alien Ambassador,” “The Real Reason You’re Single,” “Battle for the Neighborhood: Mr. Rogers vs. Chuck Norris,” “Leggo My Ego,” and “Does Talking to the Church Feel Like Banging Your Head Against a Wall?”

I usually get pretty good attendance at my talks.

Months before I began writing the book, I gave a talk at a local college called “Gays vs. Christians: Is there room for dialogue?” It was about how everyone loses if we buy into the false notion that gays and Christians are at war with one another. The talk went over well, and when I began to outline a book around this theme, the title Gays vs. Christians (with a different subtitle) made sense.

For me, Gays vs. Christians captured the frustrating polarization I see in society all the time. It’s hard to find your place in the world as a gay Christian (or a Christian with gay friends, or a gay person with a Christian family, etc.) if the world keeps pushing this “Gays vs. Christians” worldview. So when I finished the first draft, I submitted it to an agent (now my agent) with the terrible, awkward title Gays vs. Christians: Surviving the Battle That Is Ripping Apart Our Churches, Our Families, and Ourselves.

I know, I know. Even then, I knew that it needed a better subtitle, but titling books is a lot harder than it looks!

My agent said (and I’m paraphrasing here): “Love the book. Hate the title.”

Okay, he was a little more tactful than that, but he and several close friends all made exactly the same point: Anyone who knows me would instantly know that I meant the title Gays vs. Christians to be ironic, an example of how our culture gets the issue all wrong—but someone who doesn’t know me wouldn’t know that, and they might easily think that I actually believe in a “Gays vs. Christians” war.

Of course my agent and friends were absolutely right. We needed a better title: something simple, catchy, and clear. And we needed it before we started pitching the book to publishers.

I went back to the drawing board and started brainstorming titles. I brainstormed constantly, dreaming up titles in the shower, at work, in the car, and while watching TV. I walked around bookstores and looked at other books’ titles to spark inspiration. I asked my friends to help me brainstorm, and we bounced mostly terrible ideas back and forth, writing them all down no matter how bad they were. Together, we came up with a long list of title ideas (well over 250 by the end of this process). Some of them were good, and some were, um, less good, but nothing quite felt right:
A Church Divided Against Itself
The Gays vs. Christians Myth
Love Without Mercy
Conflicted Christians

Among the cheesier titles I came up with was Saving Grace: Rescuing the Gospel from a Gays vs. Christians Mindset. See, “Saving Grace” is a play on words, because we’re trying to save (rescue) grace in the church, right? Eh? Eh? Yeah, no one else thought it was clever either, and it’s been done a bunch of times before. But I sent the results of our brainstorming to my agent, and while none of the titles were great, he really liked the subtitle of that one. He tweaked it to “the Gays vs. Christians Debate,” which gave it an added punch, and then we set out to find the title that could go with the subtitle.

That was easier said than done, however. I brainstormed and brainstormed around the idea of “rescuing,” but all I could come up with were terrible titles like Spiritual CPR, which sounds clever for a moment (or not), then sounds contrived, and ultimately doesn’t fit the book at all.

I wasn’t sold on it yet, but my agent and I agreed it was the best we had so far. We retitled the book The Stained-Glass Closet and pitched it as such to the publishers, ultimately resulting in a contract with the coolest publishers ever, Jericho Books.

The folks at Jericho loved the book, and they flew me to their Nashville headquarters, where we sat in a room with a big long table with a monitor at the end of it, showing another big long table in New York, with people from Jericho’s parent company, Hachette. It was just like something out of the movies! At this super-important, super-intimidating meeting, all of these people sat around and discussed my book. It was surreal. And you wanna guess what they said?

“Love the book. Hate the title.”

Well, not exactly, but that’s pretty much what it boiled down to. And so we went back to the drawing board once more, searching for a new and better title for this book that everyone seemed to love but which no title seemed to fit.

For months, I couldn’t take a shower or a walk or a nap without simultaneously brainstorming titles. I tried getting away from it for a while in hopes that something brilliant would strike me, but that didn’t work either. I came up with lots of titles that made me laugh, but I knew that none of them were really appropriate for the book.

Among my favorites:
Don’t Stone the Choir Director!
I Can’t Hear Jesus Over Your Bullhorn
Is It Love Or Is It Memorex?
The Late Great Gay Debate
Left Behind… by the Church

And of course:
Born Again This Way

But none of these were serious candidates. The right title needed to be something that better captured the struggle so many people on both sides are facing, feeling pulled in multiple directions by the debate. It also needed to be shorter and simpler.

My publisher wisely suggested looking for a one- or two-word title, something short and sweet that would stand out on the shelf. We pitched a few ideas out, but nothing sounded right.

Then someone on the internet posted a comment on something I had written. Their screen name was “Pulled Apart,” reflecting their own struggles with the issue. The name struck a chord, and someone suggested that as a title.

Pulled Apart? I didn’t hate it, but it made me think of pulled pork. Still, I was pretty sure that was just me… until I asked a few other people what they thought of the title, and two of them independently said it made them think of pulled pork too! (Maybe that’s just a Southern thing.)

Still, I loved the concept of it, and it captured well what we wanted the title to say. We discussed various synonyms, ultimately narrowing the choices down to either Pulled Apart or the simple and punchy Torn. I sent out an email survey to various people whose opinion I respect, and Torn was the winner by a landslide. Everyone liked it, and after adding a couple of dashes to the subtitle for clarity, we had a title!

In retrospect, I really like the title. It fits. This is a debate that is tearing apart our churches and families, and the simple word “torn” reflects how so many people feel about this question: torn between what they feel and what they think, between their faith and their friends, between what they perceive to be true and what they perceive to be loving. If we’re not careful, this debate will tear us apart, and it’s important that we not let that happen.

So there you have it. That’s why when you walk into a bookstore in November, the book greeting you with my name on it will be called Torn: Rescuing the Gospel from the Gays-vs.-Christians Debate. I really like that title, and I hope you do too, but if you don’t, just remember: It’s the inside that counts.

After all, a rose by any other name would smell as sweet—but it might not sell as well.