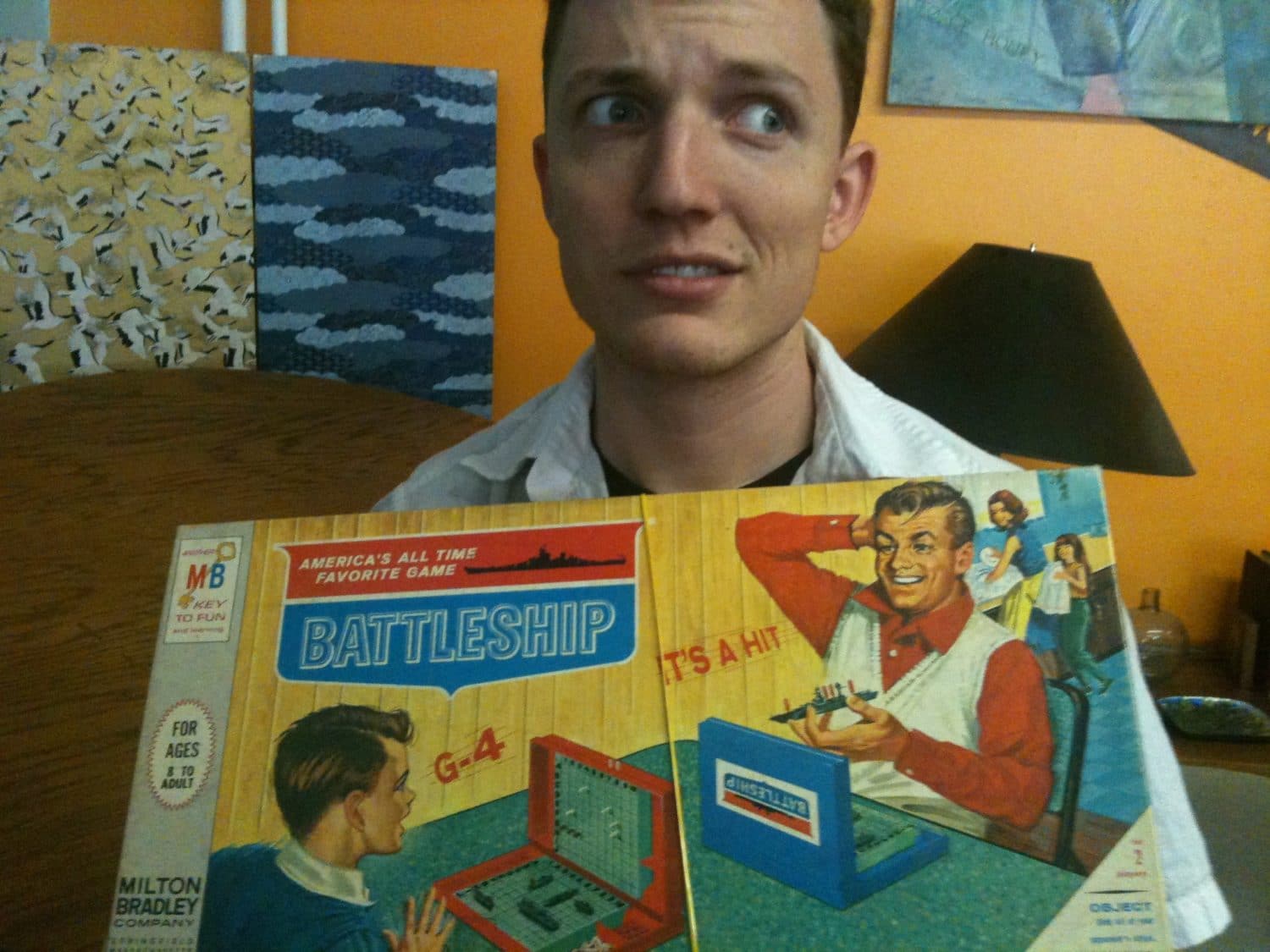 This is my friend Michael, after he and I stumbled upon a 1967 edition of Battleship in a thrift store.

Can you tell why he’s making a face? Here’s a clue. Battleship: It’s fun for the whole family! Father and Son can enjoy playing the game, while Mother and Daughter enjoy doing the dishes!

Thankfully, most of us now would see that image as obviously sexist. But sexism isn’t just about sending the women off to cook and clean while the men relax. It’s also about what happens to our self-perception when we treat men’s experiences as generic human experiences and treat women’s experiences as the deviation from the norm.

Like how this is the symbol for a man:

And this is the symbol for a woman:

But this is the symbol for a generic person of either sex: The “man” is treated as the universal person. If that looked more like the female stick figure (why does she have to be wearing a dress, by the way?), people would wonder why this crossing was specifically for women.

As a kid, I used to love playing board games with my siblings, and I still remember the year my sister got a Barbie board game for Christmas and we sat down to play it together. Reading through the instructions, I was struck by something: They used feminine pronouns throughout. (“After the player rolls the die, she should move her playing piece…”) 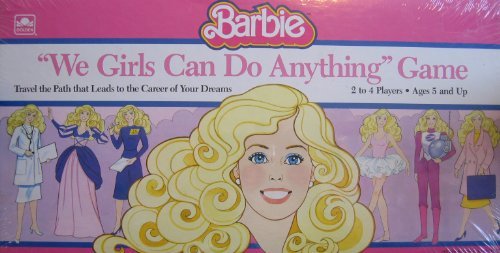 But I’m not a girl!, I protested silently. For a moment, it really bothered me that the makers of this game hadn’t considered that some compassionate older brothers out there might be playing this game with their sisters. And that forced me to stop and think about a few things. Like why did they assume that the people playing this game would be girls? Barbie is marketed to girls, but I know boys who played with Barbies.

More importantly, though, why did it bother me so much that the game makers seemed to be excluding me with their language?

I had grown up playing games that referred to “he” and “his” in their instructions. My sisters must have learned from a very young age to do the mental translations over and over again to make these statements apply to them. But I had grown up accepting without question that my experience—the experience of “he” and “his” and “him”—was also the generic human experience. But “she”? That could only apply to girls. Not only did I feel excluded; I felt like something about my masculinity was being called into question.

We see this idea that men are the generic or universal humans in so many ways. There are more male leads than female leads in movies, despite the fact that women are over half the population. Women’s roles are often defined by their relationship to the male characters, rather than for themselves. “Unisex” t-shirts are typically cut to fit male bodies best, with female-cut versions sometimes offered as an alternative. And on and on.

Treating men’s experiences as universal doesn’t only hurt women. It hurts men, too. Ever notice how many sitcoms feature bumbling, silly, often overweight (or less conventionally attractive) men married to thin, pretty, sensible, intelligent women? Think about it: The Simpsons. Family Guy. The Honeymooners. The King of Queens. King of the Hill. The Flintstones. Everybody Loves Raymond. Home Improvement. When the man isn’t necessarily unattractive, he’s a buffoon.

I’ve heard many (usually male) commentators point out that it’s not good for kids to grow up constantly seeing fathers portrayed as buffoonish. But where is this coming from? Has a secret society of man-hating women taken over Hollywood with an insidious plan to make men look bad? Of course not. The men look silly on these shows because they’re all written largely from a man’s perspective. This isn’t women poking fun at men; it’s men poking fun at themselves. But in so doing, it reduces women to supporting characters.

In a way, the ability to play the buffoon is a mark of star power. Think about the rare family sitcom that revolves primarily around a woman, like I Love Lucy. Lucille Ball was the unquestionable star of that show, and as such, she got to play the clown. We laugh at her silliness because we identify with her. By contrast, on The Flintstones, Fred is the star of the show, and he’s the one we’re supposed to identify with. Wilma is his comic foil.

There’s absolutely nothing wrong with that, as long as we’re exposed to a variety of configurations. But if men are always the buffoons and women are always beautiful and perfect, then we’re not doing any of us any favors. Fatherhood gets reduced to a joke, and women of all ages feel the constant, subliminal pressure to live up to a standard that no one can possibly attain. And while boys at least have more images than the buffoon to look to as role models, girls have to search harder to find comparable realistic and inspirational role models for themselves.

There’s nothing wrong with making pens in different shapes, sizes, and colors to appeal to people’s differing needs and tastes, but to make pens pink and purple and call them “Bic For Her” is just insulting.

As a guy, I am only occasionally aware of how these things shape our world. It doesn’t feel weird to me for my experience to be treated as universal, because I’m already so used to my own experience. And that 1967 father and son probably never thought twice about the unfairness of their getting to play a game while the women worked. But women certainly notice. And where any of us cease to notice, it means that we begin to internalize the inequalities, to accept that this is just how things are, and to feel, ever so subtly, that women are secondary to men—which is a lie.

To my Christian audience: This is a particular problem in some Christian spaces, when “the way it’s always been” gets turned into “the way God wants it to be.” I grew up in a church that treated men and women very differently from one another—in ways that often did not allow women to fully use their own spiritual gifts. But the Bible says that men and women were both created in God’s image, so if we prioritize one over the other, that’s not divinely appointed; it’s just sexism, pure and simple.

This is why the church must examine our own treatment of men and women and the mistakes we’ve made along the way. How do we understand what the Bible has to say about men and women, and how do we correctly apply it to our own culture? These are controversial questions for some, but they’re questions that all of us, no matter our sex, need to care about. They’re not “women’s issues.” They’re human issues. They’re Christian issues. And they’re issues that go right to the heart of who God is and who we are.

Out today is a remarkable book on this very subject, Rachel Held Evans’ A Year of Biblical Womanhood. Tomorrow I’ll offer my in-depth review of the book.

Spoiler alert: You should run out and buy a copy at your local bookstore. Right now.