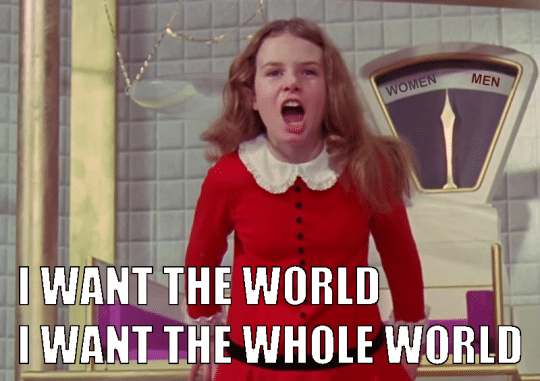 Justin, In your opinion how is a bisexual supposed to handle a monogamous relationship and stay true to how he/she is created? In other words, if they feel that it is the way they are born to be attracted to both sexes, how could they possible be true to themselves?

This is actually a really important question. Thanks for asking, reader! Read on, and I’ll tell you why I think it’s so important.

First, the short answer: Yes, bisexuals can absolutely be monogamous. I know many bisexuals in committed, monogamous relationships, including marriage.

How? Simple. Monogamy always involves sacrifice. Unless you’re only attracted to one person in the entire world, there’s always going to be someone else (probably a lot of someone elses) you’re giving up by committing to that one person.

Most of us aren’t attracted to both men and women, but we may still be attracted to different “types”: different hair colors, different skin tones, different body types, etc. Let’s say Derek, a single straight man, meets two different women at the same party. He finds them both attractive, but for different reasons and in different ways. Well, if Derek decides to exclusively date either one of them, that means he’s saying “no” to the other one—even though he finds her attractive also. That’s how monogamy works.

Bisexuals are just as capable of making that sacrifice as the rest of us are. Yes, they may be attracted to both men and women, but that doesn’t automatically mean they have to have one of each to be happy, just like you or I don’t have to have one of each type we find attractive to be happy. They may have more “options,” but many bisexuals still choose to settle down with one person. (In fact, this can lead to the near-invisibility of bisexuality, because people often assume that a bi person is either gay or straight based on the person they choose to date or marry.)

Simple enough. So what makes this question so interesting?

What fascinates me about this question is what it says about how some people (mis)understand what motivates gay and bi people.

In some circles, there’s a popular misconception that gay and bi people are driven by unrestrained lust—or to put that in Christian lingo, that we’re slaves to our flesh. These circles often portray gay people in particular as claiming, “I was born this way…so to be true to myself, I need to be able to act on all my sexual desires, all the time, without any limits.”

In case you’ve ever heard gay or bi people portrayed this way, I want to be clear about something: This is a straw man. That’s not what gay/bi people think, and that’s not what gay/bi people are asking for. And while I’m sure there are some Veruca Salts out there somewhere who think they need to be able to “act on all their desires all the time,” I can tell you that in my 15+ years of work in the LGBT Christian community, I’ve never once heard any gay or bi person say that.

Here’s what is true. Yes, many gay and bi people do say they were “born this way,” meaning that people do not choose our orientation, and there’s a lot of scientific evidence suggesting orientation may well be determined before birth. But no one I know is asking to act on every sexual desire they ever have; we all recognize that self-restraint is important for all of us—gay, straight, and bi.

What most of my gay and bi friends actually want is the same thing most of my straight friends want: the chance to fall in love with someone and build a life together. Or as writer Jonathan Rauch put it years ago, “What [gay people] are asking for is the right to marry, not anybody they love, but somebody they love, which is not at all the same thing.” The same principle applies to bi people.

If you believe the lie that gay and bi people are asking for unrestrained opportunities to follow our sex drives, then it’s natural to wonder how any bi person could ever be monogamous. But when you understand the truth—that many gay and bi people just want the chance to fall in love and build a life with someone they’re attracted to, not everyone they’re attracted to—it becomes clear that monogamy is just as available to bisexuals as it is to anyone else.