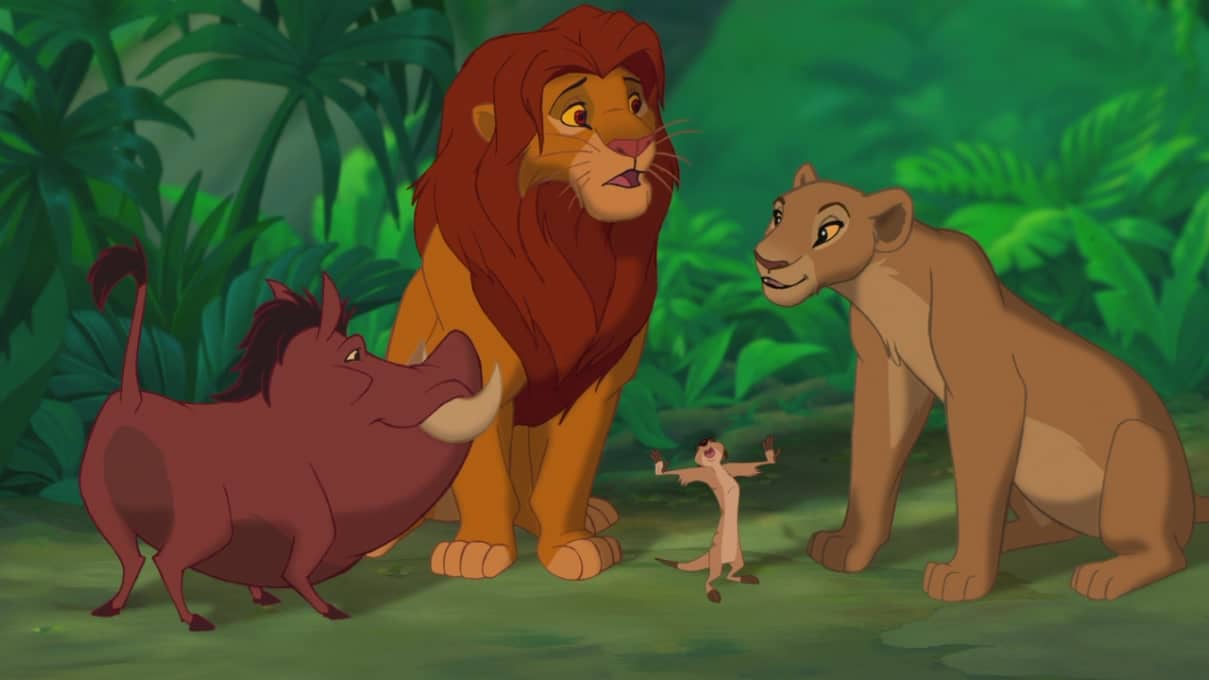 I was 16 years old when Disney’s The Lion King first hit theaters.

I fell in love with it. The opening sequence is breathtaking. The music is entrancing. The story hit all the right spots for me emotionally. It was the first movie I ever went back to see a second time in the theater.

In the story, a lion cub named Simba runs away from home, believing he’s responsible for a terrible tragedy. After several very emotional scenes, the tension is finally broken when Simba finds himself in the company of the film’s comic relief: a warthog named Pumbaa and a meerkat named Timon. How dare he?, I thought. I don’t care if he is the voice of the character; how dare he try to sexualize cartoon characters?

I didn’t know then that Nathan Lane was gay himself, but if I had known, it would only have made me angrier. In my mind, he was trying to assign sexuality—and a perverse sexuality at that—to two characters who were clearly just friends in a movie aimed at children. What could be more inappropriate?

I was 16, and it would be at least two years before I began to suspect that I was gay myself, and even longer before I began to understand what being gay really meant. It wasn’t until years later that I thought back to my anger at Nathan Lane and sat down to analyze it.

Now first of all, let me say that I don’t have any reason to think that Timon and Pumbaa were intended to be gay characters. I didn’t write the screenplay, and I don’t have any opinion on their sexual orientation or lack thereof. (Save your letters and calls for when I say something else controversial.)

But why was the idea of it so upsetting to me?

In my 16-year-old mind, calling Timon and Pumbaa gay was sexualizing them. It conjured up images of a male warthog and a male meerkat having sex, which felt wrong on so many levels—not only was it male-male sex, but it was (incredibly improbable) interspecies sex at that—and ultimately, I just didn’t think any Lion King characters should be thought of as sexual. (They are all drawn without genitals, after all.) But wait… in the film, Simba grows up and falls in love with a lioness named Nala; during a rather lengthy sequence, they playfully wrestle, caress, and nuzzle one another as a love song (“Can You Feel the Love Tonight?”) plays, and I never thought of that as sexualizing those characters at all. Why not?

In my mind, for Timon and Pumbaa to be gay would have meant that they were having sex. But for Simba and Nala to be straight meant only that they were in love—even though we see the evidence of their sexual union at the end of the film when a child is born. (Oops, um, spoiler alert.)

I hear people do this all the time. When we think about a straight couple, we typically imagine the relationship in non-sexual terms: Love. Romance. Dating. Weddings. We obviously know that any straight couple with biological children has had sex (probably many, many times), but we choose not to think about that. Instead, we focus on the true love that (we hope) is the real center of the relationship.

And yet, when we think about gay couples, many people conjure up images of sex acts. We wonder what people do in bed and how it all “works.” And so when we hear that someone is gay, we—and by “we” here, I mean many people but not all—naturally think of that in sexual terms rather than romantic ones.

Thus the reason that, as a 16-year-old kid, I could easily accept the nonsensical pairing of Kermit the Frog and Miss Piggy as a silly gag, and the child-producing union of Simba and Nala as romantic and essentially nonsexual, but Timon and Pumbaa? Disgusting! Gross! Perverted! I couldn’t imagine them falling in love; I could only imagine them having sex.

What if Pumbaa had been female, and she and Timon took in this stray cub after living on their own for years in the desert? I probably would have assumed that they were a couple, not just best friends. And it wouldn’t really have mattered to me either way. In my mind, straight couples weren’t inherently sexual. Gay couples were.

The truth, of course, is that gay couples are no more or less sexual that straight ones. You know the old jokes about straight married couples who never have sex? Plenty of gay couples are in the same boat. They watch TV together. They make dinner. They take out the trash. They’re not drawn together by sex—at least, not any more than straight couples are. They’re drawn together by that same human need that led God to say that it was “not good” for Adam to be alone.

Obviously, for Christians who believe that the Bible condemns same-sex sex, that condemnation would still hold even if it’s only a tiny part of a gay couple’s relationship. But in that case, it’s worth recognizing that what you’re condemning isn’t the relationship itself—the selfless service of one another, the chicken soup when the other is sick, the hand-holding in good times and bad, the laughter, the tears, the love. When the church fails to recognize that, it ends up coming across as ignoring 99% of someone’s relationship in order to focus on the 1% we have a conflict over, and in so doing, we convince the world that we, the Christians, are the ones who are obsessed with sex.