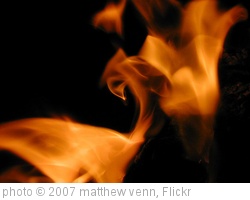 The other day, I posted about why “speaking the truth in love” isn’t an excuse for theological debates. I said that real love needs to be evident through grace, not just trying to make me agree with you.

I have been told that by loving people and not telling them the truth I am loving them into hell. Then they told me some famous Christian artist wrote a song saying that. It just made me feel like poo.

If a Christian singer said it, it must be true!

After I stopped my inner child from giggling at the word “poo,” I thought about this. Many of you may have been subjected to the same pressures. But I think this person’s friend has it all wrong.

Some of you will no doubt want to respond right away by pointing out that you either don’t believe in a literal hell or don’t view it the same way this person’s friend does. I don’t really want to get into a debate about hell, though, so for the sake of argument, let’s say that this person is right that gay sex is sinful and that hell is a place of eternal torment for people who die without repenting of their sins and giving their lives to Christ.

Well, if that’s true, then I can tell you right now that the American church—particularly those conservative and evangelical segments of it, like the ones I grew up in—has already developed the most effective strategy I can imagine… for sending gay people straight to hell.

What many people would consider “loving me by telling me the truth” I would call “constantly harassing me with Bible passages and arguments about sin until I’m sick of listening to anything they have to say.”

“Wait, that’s not fair,” some Christians might say. “I’m not constantly harassing you. I only bring it up sometimes.”

True, maybe you don’t bring it up constantly, but you are one of many Christians I know, all of whom think they’re only bringing it up “sometimes”—to the point that I have to listen to it… ALL. THE. TIME.

Imagine waking up with a large, very noticeable zit on your face. All day long, as you interact with people, one person after another takes the opportunity to say, “Hey, did you know you’ve got a big zit?” It’s a bit uncomfortable when the first or second person mentions it, but by the tenth person, you’re ready to bite someone’s head off:

On the other hand, what if you have food in your teeth and no one bothers to tell you? You might be a bit embarrassed, but you’d surely be grateful for the friend who loves you enough to (privately) tell you the truth: “Hey, there’s a bit of spinach in there. Also, your zipper’s undone.”

The key is knowing the difference. When you “share the truth in love,” are you the lone person offering a new perspective? Or are you just piling on?

When it comes to gay people in our culture, I can guarantee you that you’re piling on. There is not a single gay person in the United States—no matter how many affirming friends they have, and no matter how liberal an area they live in—who hasn’t already heard time and time again that many Christians believe them to be abominable. If people get irritated about being reminded of a silly pimple, how do you think they feel about being reminded that others believe they’re going to hell?

I know I find it painful. And I’m a Christian who actually cares about this stuff, so if I’m sick of it, you know my agnostic, atheist, and other non-Christian friends are ready to pull their hair out. (I have an advantage in that my hair is already out.)

It’s no secret that I don’t think being gay is a sin or that gay relationships are sinful. But if you do, and you’re concerned about my eternal destiny, a strategy where you keep your emotional distance and regularly remind me of your disapproval isn’t going to change my mind. If anything, it’s going to make me less likely to believe anything you say, and less likely to be interested in being a Christian.

“Tough love” is a good strategy sometimes. But this isn’t an intervention for a drug addict, and if you don’t see the difference between drug addiction and being gay, you haven’t spent very much time listening to gay people.

The irony, you see, is that the person who is supposedly “loving me into hell” by just being my friend and showing me the grace and love of Christ is the person I’m much more likely to listen to when it comes to big decisions in my life.

But in the end, if I don’t ask them for their opinion on the issue, it ultimately won’t be because they were too loving. It’ll be because I’m so sick of hearing the ungracious messages from the “truth-telling” crowd.