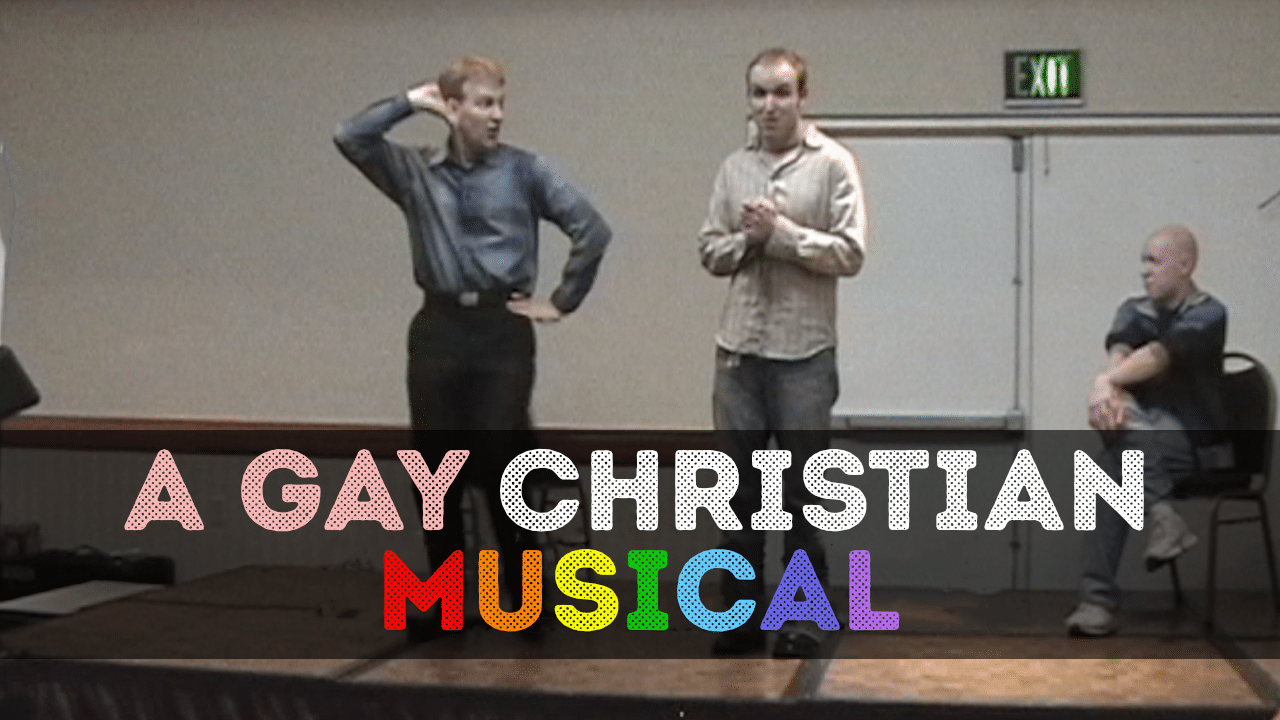 I love good satire, and I love writing song parodies.

So back in 2000, frustrated with the power the “ex-gay” movement still had in my evangelical church, I decided to satirize it. I wrote a song parody—”I Am the Very Model of an Ex-Gay Individual”—making fun of the hypocrisy and dishonesty I’d seen in the movement. I shared it with a few friends, we laughed, and I thought that was the end of that.

I was talking to my friend Kennan, trying to come up with something fun for an upcoming LGBT Christian conference, when I shared my song parody with him. He liked it and encouraged me to write more showtune parodies. I did, and it slowly dawned on us that we could turn these into a full-fledged musical.

So in January of 2007, Kennan and I—along with a few friends—surprised the conference attendees with our musical, “Straight to Heaven,” about what it’s like to be gay and Christian, caught between two subcultures that don’t understand you. We thought people would get a chuckle out of it and that would be that—but the audience loved it, and when we posted it to YouTube, it went viral, racking up tens of thousands of views.

Well, eventually it went offline, but people have been asking me for a while to bring it back. So I’ve recorded a new intro for it and it’s now back online in all its ridiculousness—including me playing an outrageous villain with ulterior motives.

But that’s not all.

The other actors and I got together and recorded a full-length commentary track, reminiscing about the show and explaining the obscure references, inside jokes, and stories behind the making of the show.

The main video and the commentary track are both available starting today on my YouTube channel. Check them out below!