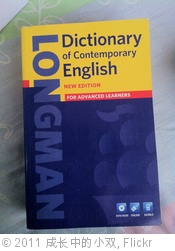 I hate stories like this. And I hate even more that so many people take such joy in them. This isn’t a happy story, but it’s an important one.

Earlier this week, a 24-year-old Christian blogger named Matt Moore was “outed” as having an active profile on a mobile hookup app for gay men. If you follow these kinds of stories, you may already have read about it. But I think both sides have missed what should be the important takeaway.

First, a little background: Matt’s story went viral last year when he posted a blog about his years of partying, drunkenness, and same-sex debauchery—and how he had turned away from those things to follow Christ. Christians do love a good redemption testimony, so the post spread like wildfire, and before he knew it, Matt was being held up as an example of how others could “leave homosexuality” like he had.

Then this week, the news broke that Matt had been spotted once more on a mobile app for gay men—one primarily used to facilitate short-term sexual hookups. Matt has confessed that it was, in fact, him, and that he has been in a difficult place spiritually of late.

Predictably, the gay press and the conservative Christian press have handled this story quite differently. From the gay press, the message is largely about hypocrisy: One more hypocrite exposed! Here’s more proof that “ex-gays” are really still gay! From the conservative Christian press, the message has been framed more as a temporary setback: We’re sad to see that our brother Matt fell to temptation, but there’s forgiveness in Christ and we’re glad to see him confess his sin and turn once more toward righteousness.

Both sides are getting it wrong.

For one thing, I don’t believe this is about hypocrisy or lying. Matt wasn’t, to my knowledge, saying one thing while doing another. I believe he meant it when he said last year that he had turned away from his past behaviors. He was honest at the time when he said, “I still struggle with homosexual temptations and have to fight the sinful urges on a daily basis.” He never claimed to be free of same-sex attractions, but he views them as temptations. At a low point in his life, he gave in to temptation in a way that contradicted his own conscience. Who among us hasn’t done that?

But while I don’t think this is about lying or hypocrisy, I do think the gay community has a right to be angry about this, and the reason for that rests squarely on the shoulders of the conservative Christian community.

If you’ve followed me for long, you’ve probably heard me say this a hundred times: There is a difference between sexual behavior and sexual orientation. When modern Americans refer to themselves as “gay,” “straight,” or “bi,” they are referring to their orientation—that is, their attractions—not necessarily to their behavior.

When I say I’m “gay,” it means I’m attracted to guys. It does not mean I’m necessarily dating anyone, lusting after anyone, having sex with anyone, or even planning to do any of these things in the future. A “straight” woman might be promiscuous, or she might be a virgin. The same is true if she’s “gay.” Knowing what someone’s orientation is doesn’t tell you anything about their behavior, and knowing about someone’s sexual behavior (or lack of it) doesn’t tell you what their orientation is.

This is so important to understand, because it’s at the heart of why gay people get so angry about issues like this.

Even though Matt admitted in his original story that he was still (as some would put it) “same-sex attracted,” many Christians began retelling his story as an example of someone who was “no longer gay.” Matt’s story has become the latest in what are sometimes called “ex-gay testimonies,” stories of people who say they “left homosexuality” and/or are “no longer gay.”

These ex-gay testimonies are usually intended to bring hope, but they end up being used as weapons against gay people. Several of my gay Christian friends tell me that Matt’s story was used by people to belittle them for being gay or to prove them wrong when they claimed they didn’t choose their orientation. It wasn’t good enough to abstain from sexual behavior, their friends would tell them. They had to become straight like Matt Moore.

But, see, Matt Moore never became straight. And he never claimed he was straight.

In my book, I talk a lot about my experiences with the ex-gay world and how testimonies are (intentionally or unintentionally) misused in Christian communities. This kind of story is sooooo common. People like Matt say they’ve “left homosexuality,” meaning that they no longer engage in certain behaviors they used to engage in, and other Christians use that as ammunition against gay people—some of whom have never engaged in those behaviors in the first place!

So let’s be clear about this. The word “gay” means “same-sex attracted.” Same-sex-attracted people are, according to the popular definition of the term, “gay.” That includes those who choose not to act on their feelings, such as my friend Wesley Hill. That also includes Matt Moore and many out there who have been held up as “ex-gays.”

What if Matt prefers not to use the word “gay” for himself? I have absolutely no problem with his saying, “I prefer not to use the term ‘gay’ for myself, though I am attracted to the same sex.” That’s his right. But this is not the same as saying that people can choose or change their orientation. If someone says, “I don’t like the term ‘black’; I prefer to be known as ‘African American,'” that’s very different from saying, “So-and-so is no longer black! Black people who are still black must have chosen to be! Race is a choice!” Ridiculous, right? But that’s what so often happens with sexual orientation.

I absolutely support Matt in his quest to live by his conscience and avoid sexual sin. I agree with him that much about his former way of life was sinful, and I think it’s good that he’s left it behind—even if he sometimes feels tempted to return. And while I don’t share his view that even a monogamous same-sex relationship would be sinful, I do support his decision to avoid even that, if that’s what he believes. What I don’t support is the use of stories like his to suggest that gay people can become straight, because that’s never been what his story was about, and even he never claimed otherwise.

So, Christians, let’s be careful with our language. “Not having sex” isn’t the same as “no longer gay.” And while we’re at it, let’s please stop using the phrase “leaving homosexuality.” If a prostitute stops having sex with men and becomes celibate, she hasn’t “left heterosexuality,” has she?

Oh. And one more point; then I’ll shut up.

For “Side B” Christians—those who believe gay sex is sinful—there’s another important lesson to be learned from Matt’s story. By his own admission, one of the reasons he turned back to his old behavior pattern was his feelings of loneliness and depression. One of the unfortunate secrets about being gay (or “same-sex-attracted” if you prefer) in the Side B church is that it’s an incredibly lonely experience, even if you do everything you’re supposed to.

Fighting not only your sexual desires but your romantic ones as well is an incredibly daunting task, and without the constant support of your church family, it’s pretty close to impossible. If you’re a Christian who believes that this is what God calls gay people to, then at the very least, you need to make sure you’re willing to be there to support them in a major way. An occasional call to “give it to God” isn’t enough.

If the church spent half as much time thinking about how to support the needs of folks like Matt as about how to promote “ex-gay testimonies” or oppose “the gay agenda,” it sure would feel a whole lot more like Christ.