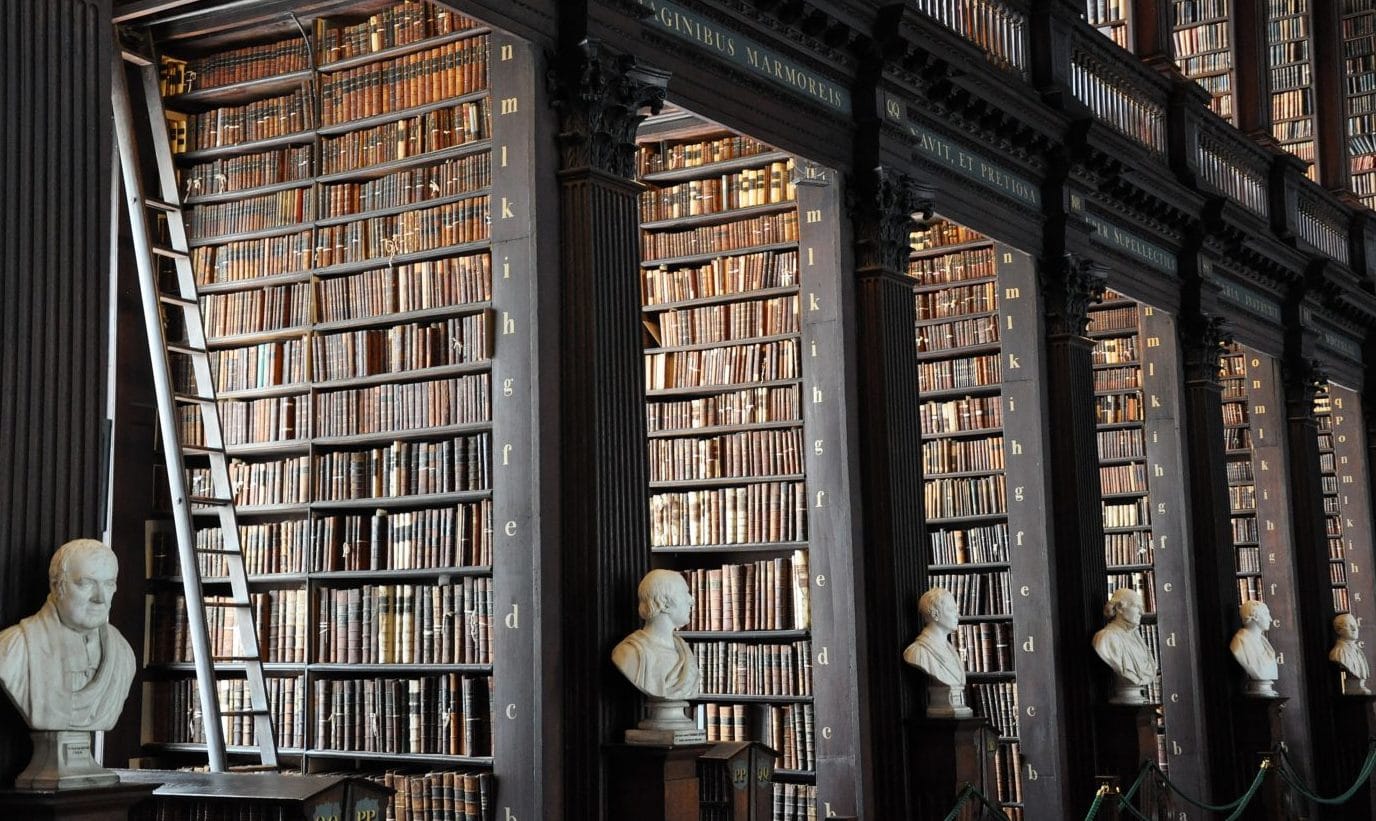 My first book is coming out next year, and I’m very excited. But when I started writing this thing, I had absolutely no idea what the publishing industry was like, or what to expect when trying to get my book published. To me, it felt like this was a world full of secrets.

Okay, to be honest, these aren’t really “secrets” in the usual sense. To anyone who works in publishing, these aren’t secrets at all. In fact, these are things they kind of expect you to already know if you’re an author, or wanting to become one.

But as a first-time author, I didn’t know any of this stuff. Meanwhile, as my friends have asked me tons of questions about my new book and my experiences so far, these are things that surprised many of them as well.

So here are 5 big things about the traditional publishing world I was clueless about.

1. Smaller can be better.

When my friends hear about my upcoming book, one of the first questions they ask is, “Who’s publishing it?”

I think they expect me to say, “Why, it’s being published by Famous Name Publishers! The same ones whose name was on the cover of your college textbooks, that do-it-yourself manual, and that vampire novel you’re reading!”

I don’t blame them. When I first started on this journey, I wanted to get published by the most famous publishing name I could find. To be honest, that would have been a short list, because if you asked me to name publishers off the top of my head, only a few names came to mind. Still, I was convinced that the bigger and more famous the publishing house, the more successful my book would be.

I can now say from experience that there’s way more to it than that.

My publisher, Jericho Books, is a brand new imprint, so pretty much no one’s heard of them yet. They don’t even officially launch until next year. They’re a division of a very large company, Hachette Book Group, but to be honest, I didn’t even know that name until recently. When my agent (see below) pitched me the idea of selling my book to Jericho, I was unsure. Wouldn’t I be better off with a gigantic publisher whose name I already knew?

Nope. I’ve discovered that small publishers can be awesome, and I’m ridiculously glad I went with Jericho. Jericho only focuses on a handful of books each year, which means both that they’re passionate about their subject matter and that they put all their time, energy, and money into those few books. I’m getting tons of personal attention from the Jericho staff and their coworkers from Hachette’s New York office, because my little book actually represents a major percentage of their potential income for the year, so they want to make sure it does well. I don’t think that would be as true for a gigantic publishing house where mine is only one of a zillion books they’re handling at any given time.

This is the one that shocked me the most. It can take a year and a half to two years for a manuscript to become a book on the shelf, and that doesn’t even count the time it takes to find a publisher in the first place.

Why? What takes so long? Well, a bunch of things. You have to negotiate the details of the contract. The manuscript has to go through multiple editing stages, being modified for content, flow, syntax, and so forth. That means multiple editors have to look at it, and the author has to make changes. A title has to be decided on, which may not be the author’s original title. A cover has to be designed. The publisher’s sales team has to read the book and decide how they’ll sell it to bookstores, which typically decide what they’ll carry a year in advance. The typography must be set and preview copies sent out to receive endorsements and maybe a foreword. A marketing strategy must be designed to promote the book to the public. The book itself must be printed in large quantities, and those copies must be shipped around the country to be in bookstores in time for the launch.

And I’m sure I’m missing a bunch of stuff in there I don’t even know about.

Yes, there are the rare exceptions when a book comes out that is particularly time-sensitive and it gets rushed through all the steps. Bookstores make exceptions to their usual timetables when there’s an important reason to. But most books have to wait their turn, whether they’re by famous authors or first-timers like me. In the traditional publishing world, that dream of finishing a manuscript and then seeing it on the shelf a few weeks later is just that—a dream.

Oh, and just so you know, the waiting is agony.

3. That author didn’t choose that cover. Or maybe even that title.

You know how they say “don’t judge a book by its cover”? The truth is, that’s what we all do, walking through the bookstore, glancing at the titles and cover art to decide which books we’ll take an interest in.

What if you knew that the cover that drew you to (or pushed you away from) that book wasn’t even decided upon by the author—and the title might not have been either?

This can vary, but I was shocked to learn that as a general rule, authors don’t get final say over what goes on the covers of their books.

For the publisher, the title and cover art of a book are an important part of its marketing, so the publisher and their marketing team get to have the final say here. When all goes well, the author is happy with the choices, but that’s not always the case. A couple of years ago, author Justine Larbalestier’s book Liar was published with a cover bearing the image of a young white woman with long hair. Why is that a problem? Because the protagonist of Liar is a young black woman with short hair.

Talking to my friends who are authors, most of them got a lot of say in the final titles of their books, but most of them didn’t get much say in the cover art. I’ve been very fortunate with my publisher, because they’re involving me in the cover art selection process, so hopefully the final cover will be something I’m really happy with. (We shall see!) But even I didn’t get to just choose the first title I liked; I had to go through a long process of title discussion, with lots of people giving input. (I’ll write about that in a later post.)

There are good reasons for this, of course. Authors aren’t marketers, and if we all chose our own covers, a lot of them would be pretty terrible and the books wouldn’t sell as well. My original title for my book made a lot of sense to me, but it probably would have been a really bad idea sitting on a bookshelf somewhere. Publishers know how to sell books, and when things go well, they work with the authors to come up with the best way to sell a great book. But when things go wrong, they can really go wrong. So it’s worth noting that you truly can’t judge a book by its cover; if you like the author, give the book a chance, even if you hate the cover.

The word “agent” always makes me think of obnoxious actor characters in movies who say things like, “What? I’m playing Dead Body #3? And I don’t even have a speaking part?! I’m calling my agent!!”

Pretentious famous people have agents, right? But authors? Call me naive (“Okay, you’re naive.”) but I never knew that authors had agents.

When I was writing my book, I imagined sending printed copies of it off to various publishers and then waiting around to hear back from them, like in the movie Julie & Julia. But those days are long gone. Today, electronic manuscripts have replaced typewritten ones, and many traditional publishers prefer not to deal directly with authors.

Now, I’m generalizing here, and I’m sure there are plenty of exceptions. But after my experience and hearing the experiences of many other authors, I’m convinced that a good agent is a necessity if you don’t already know your way around the industry.

My super-fantastic agent, Greg Daniel of Daniel Literary Group, knew how to get a book published in my genre. He knew the people to talk to, and he was able to get me a deal with a brand-new imprint that hadn’t even launched yet! I wouldn’t have known about them without him, and as I said, Jericho has been a perfect fit for my book. I also wouldn’t have known what to watch for in negotiating the contract or how to get the best deal for myself. Greg did all that and more, holding my hand (metaphorically; let’s not get creepy) through the often confusing process.

Agents typically get 15% of the author’s royalties. I say it’s well worth it. Now I just need a good excuse to act offended by something and say, “What?! I’m calling my agent!”

We tend to imagine that publishers are all out there looking for the most interesting, well-written books. If you’ve got a great story, it should be easy to get published, right?

A publisher is in the business of selling books. That means that what they care about isn’t just whether a book is any good; it’s whether people will actually buy it. Why do some authors keep getting published even when their books aren’t that good? Because they sell.

When I was first pitching my book, I learned very quickly that I wasn’t the only guy who wanted to write a book on homosexuality and Christianity. Lots of other people already have, of course, and lots more want to and haven’t found a publisher yet. Personally, I think that my book has a lot of unique things to say that those other books don’t, or I wouldn’t have written it. But for publishers, one of the things that sets my book apart is that I have a platform. I’m the head of an organization full of people who care about this issue, so when my book comes out, it has a built-in audience.

Does your favorite author have a blog? Do they interact with fans on Facebook or Twitter? If so, there’s a reason for that. Sure, it’s fun, but it’s also a way of maintaining a platform in between books. Similarly, if you ever want to become an author and you’re not already a famous person with a lot of followers, one of the best things you can do is to develop an online platform like a really engaging blog or YouTube channel or something. The bigger your platform, the easier it is to get the interest of publishers.

So there you have it. Maybe none of this is new to you, but it was to me, and it’s given me new appreciation for my favorite authors. I’ll keep you posted as I continue through this weird and fascinating process, but if you have any questions in the meantime, feel free to ask!