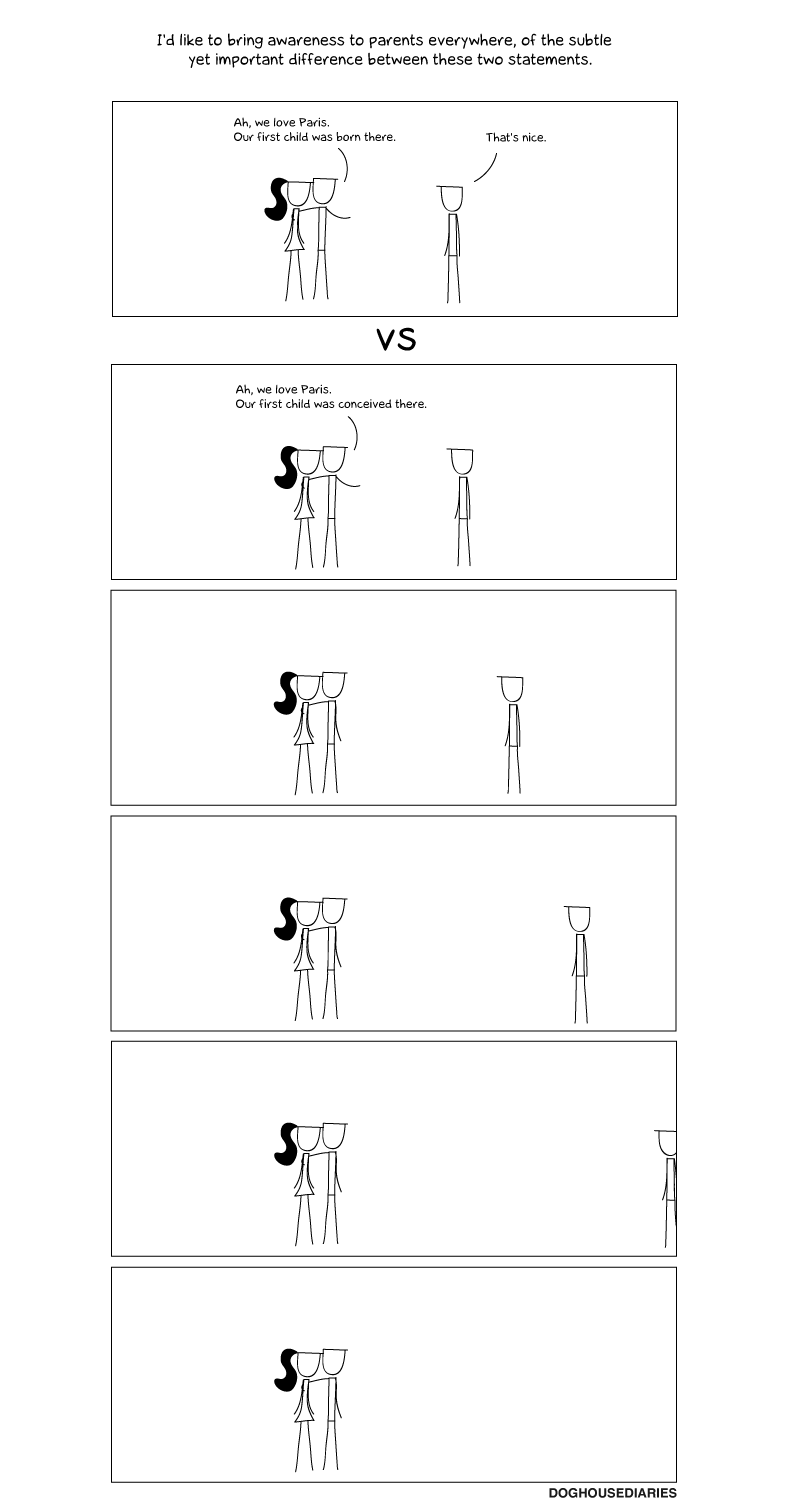 I laughed, because I relate.

I mean, it’s true, right? When someone tells you about their child, you don’t instantly think about sex, even though in most cases, it took a sex act to create the child. But when someone talks specifically about their child’s conception, suddenly a whole bunch of images intrude upon your consciousness.

“Aaaaaah! I don’t want to think about you two having sex!”

Sex is a normal part of life. We all know that the people in our lives are sexual beings, and that many of them are having sex. But for many of us, it’s just not something we want to have to think about. It’s not the sort of thing one discusses in polite company.

Remember that post I wrote a few months back about The Lion King, called “Can You Feel the Sex Tonight?” (If not, just click the link!)

Yet the feeling persists. And I think that’s one reason that some people want to scream “TMI!” when they learn that someone is gay or see them holding hands with a member of the same sex. Their mind goes right to the sex, like being told where their straight friends conceived, and that’s not an image they want.

But when I tell you that I’m gay, I’m not making a statement about sex. I’m not telling you that I ever have had sex, or that I ever will.

“So why even mention it at all?” some Christians have asked me.

Because people like me have been hurt by the church.

Because realizing that I was different made it hard to hold onto my faith.

Because I can’t participate in looking at “those pretty girls” without lying to you.

Because I don’t want you to try to set me up with that great Christian woman you know.

Because if I didn’t tell you, you’d guess, and I don’t want to be the subject of rumors.

Because, my male friends, it’s awkward for me to use the urinal with you if there are no dividers for privacy.

Because, my female friends, I don’t want you to think I’m flirting just because I enjoy your company.

Because you need to know that those jokes and comments are about me, not just some other group out there.

Because I will never fall in love with a woman.

Because I might, someday, fall in love with a man, and I wouldn’t want to have to hide that from you.

Because I need you to know that gay people aren’t like the stereotypes you’ve imagined. They’re like me, the guy you like to hang out and joke with.