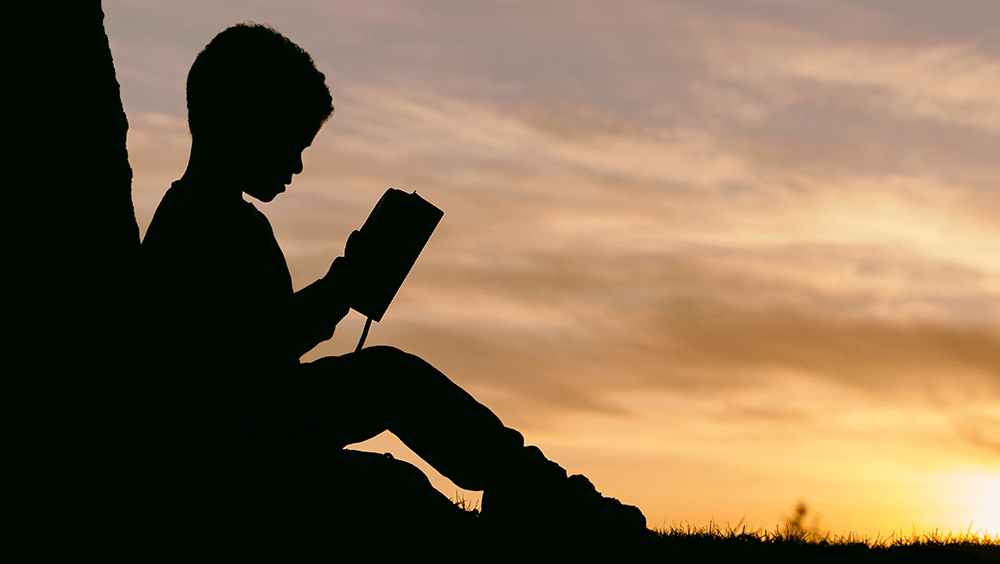 “Could my 7-year-old already know he is gay?”

That was the title of a worried mom’s Reddit post about a week ago. Her young son hadn’t used the word “gay,” but he had indicated an interest in other boys, and yet he seemed afraid to talk about it. The mom wanted to know how best to respond.

When I first read her post, my initial gut instinct was to say, “Seven is too young to know anything definitive about yourself.” After all, we’re all on a constant journey of self-discovery well into adulthood, aren’t we?

But then I stopped and thought back to my own childhood.

At the time, I wouldn’t have used the word “crush.” I’m not sure I even knew what a “crush” was. But although I didn’t have the language to describe my emotions, I knew very clearly what I felt at the time. I knew what I longed for was far more than friendship. And I knew that I could never tell anyone what I felt—not because the objects of my affection were fictional characters, but because they were male.

Over the years, when I’ve told my coming-out story, I haven’t talked much about that early part of my life. I’ve focused instead on the experience of hitting puberty years later and realizing that my developing sex drive was oriented towards guys instead of girls. I never forgot those earlier, prepubescent crushes, but it wasn’t until this week, after reading that mom’s Reddit post, that I went back and did the math to figure out exactly how young I was at the time.

I was 7, just like her son. Even at that age, I knew something was different about me, and I was ashamed of it.

I was ashamed of me.

And that matters. Because it means that I was carrying that shame as my own private burden for a long time before I had the language to talk about it with anyone. When I finally used the word “gay” for the first time at 18, I had known that I was weird/different/shameful for at least 11 years—maybe longer. All those formative years, there was a part of me that associated my experience of crushes and romance and a desire for companionship with shame and secrecy. For those 11 years, I was learning every day that I would never be able to be my true self with anyone, because the real me was something to be ashamed of. It was something I felt for so long that, years after I’d come out, I still didn’t quite know how to unring that bell.

Maybe part of me still doesn’t.

When you carry that kind of self-hatred for that long, you can get so used to it that you cease to be conscious of it—even as it affects you in all kinds of horrible ways. It’s like spending all day wearing shoes that are too tight and only realizing when you pull them off at the end of the day just how much pain you’ve been in. You’ve gotten so used to the pain that you’ve almost forgotten what it’s like not to be in pain.

You ever wonder why some people go way overboard when they first come out and suddenly feel the need to tell everyone all the time? This is why. Being free from holding it all inside for so long is indescribable. But the years of internalized shame still leave a lasting impact.

I understand why it’s scary for parents to think about their young children potentially identifying as something other than straight and cisgender. Parents worry about hardships their kids may face, and parents with religious objections to same-sex relationships may worry that a gay or bi identity could send their kids down a sinful path. Besides, we often think about sexual orientation and gender identity as adult topics that are too much for kids anyway. (As I said, even my own initial thought was along these lines.)

Perhaps that’s what motivated a Missouri father who made news last week when, in “a fit of rage,” he tore down a poster advertising an LGBTQ after-school club at his daughter’s middle school. He complained to the school board that advertising such a club amounted to “sexual” instruction and shouldn’t be legally allowed without parental consent.

But as I’ve written before, sexual orientation and gender identity are not about sex. And discouraging kids from talking about what they’re going through won’t stop them from going through it; it only increases their shame and loneliness.

If I knew I was attracted to guys when I was 7, I certainly knew by middle school. Today’s middle schoolers have language to talk about these things far earlier than I did, and I’m glad. No kid should ever feel pressured to take on a label before they’re ready to, but if a kid of any age finds a label helpful in finally putting words to something they’ve never been able to express, that’s a good thing. Communication is good. Feeling less alone is good. And kids being kids, it’s always possible the labels they use will change as they get older. That’s okay, too.

Most parents probably wouldn’t tear down posters in their kid’s school. But even the little things you say can have a big impact on a child.

For instance, in her post, the 7-year-old’s mom wrote about this experience:

We were at a pro football game at the beginning of this season and were sitting in front of the cheerleaders. His dad very innocently asked our boys which cheerleader they were going to marry. Both the boys were like ew none of them because girls are gross at this age I guess. But then a minute later I look over at my older son and he is crying. I asked him what was wrong and he said he didn’t want to talk about it. Then I asked him if it was about the cheerleader comment and he said yes, he doesn’t [want] to marry a girl. I said no problem, he doesn’t have to do anything he doesn’t want to do and his dad was just being silly, and his dad confirmed that and life went on. But things like that seem to happen a lot where he reacts differently than my other boys.

It’s good that this perceptive mom noticed her son’s emotion and talked to him about it. But kids don’t always react so openly. When things like this happened to me as a kid, I just smiled and played along while my heart broke inside.

Every little joke about cute girls at school, every tiny assumption about what it meant for me to be a man, all of these well-intentioned comments added to the private burden that I carried year after year after year. No one meant to cause any harm, but they did. After all these years, I still remember so many things that the people who said them have long since forgotten.

And for those kids who are old enough to think in terms like “gay” and “bi” and “trans,” just think how much their heart breaks every time they hear their parents unknowingly condemn their own children, thinking they’re just making a theological or political statement about issues of the day.

Not every 7-year-old knows what they will feel or how they will identify when they grow up, but every 7-year-old does have feelings that matter. Every 7-year-old is learning each day about the world and their place in it. The offhand comments you make around a 7-year-old—or a child of any age—may well impact them for better or worse for the rest of their lives.

So parents: It’s never too early to start teaching your kids positive lessons. Teach them that everyone has value, no matter their orientation or gender identity, and don’t tease your kids about who they might have crushes on or make assumptions about what they feel.

Hearing positive messages about LGBTQ people won’t cause a child to grow up gay or bi or trans. But it might give them the courage to open up at a younger age and spend less of their lives carrying a private burden of shame.

And it’s just as important for straight, cisgender kids to hear those positive messages, too. Kids who grow up hearing negative messages about other groups of people are far more likely to bully, tease, or ostracize them—and that can have a devastating impact on another young person’s emotional well-being. On the other hand, kids who grow up hearing positive messages about standing up for people who are different are more likely to do the right thing when push comes to shove—and they might even save someone’s life someday.

Ultimately, this is why increasing societal (and church/family) understanding and acceptance is so important to people like me—not for abstract political reasons, not to “justify” some kind of “lifestyle,” but so that no more kids will have to grow up feeling like something is wrong with them before they even get a shot at life.

For more, check out my book Torn and the LGBT+ section of my blog.